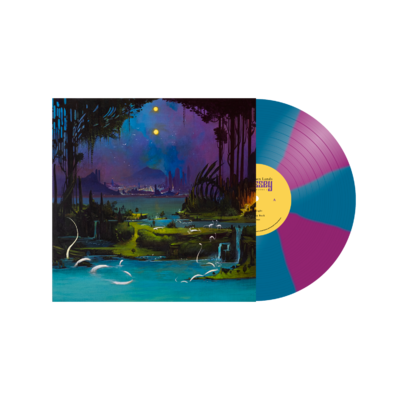 Ordering from the US? Visit our US store by clicking here

Ordering from Europe? Visit our European store by clicking here

Crown Lands celebrate songs from their emergent discography on their first ever live album, Odyssey Volume 1. The album was recorded off the floor at Universal Music Canada 80A studio and includes tracks from their self-titled debut album (2020), their sophomore EP Rise Over Run (2017) and the recently released White Buffalo (2021), see the full track listing below. The performance was filmed and premiered to a global audience as a virtual concert across Louder Sound platforms including Classic Rock, Metal Hammer, Louder and Prog Magazine.

Odyssey Volume 1, the record and concert, allows fans to experience Crown Lands music in its rawest form while showcasing the masterful musicianship the duo have perfected to make their grandiose sound. Conceptualizing the project, the band drew inspiration from some of their most idolized records, explaining, “the art of capturing a pure performance and pressing it on vinyl mostly unedited is something lost in this era of quantized beats and harmonically perfect (and sterile) virtual instruments. Some of the most important records in our lives would probably not be able to be released today. Allman Brothers at Filmore East, The Who Live at Leeds and Rush’s All the World’s A Stage set the bar for what a band can do!” Crown Lands continue, “we wanted to establish ourselves as a true live rock band early on in our career the way those guys did. We decided we’d also film it and release the show as a complete document of who are while we were at it. There are missed cues, bum notes and solos that go on too long. Exactly the way it should be.

Crown Lands cement themselves as a live band with Odyssey Volume 1 and hope to bring the experience to fans they’ve not yet reached, explaining “Odyssey Volume 1 is our small contribution to the pantheon of live records. Unfortunately, we couldn’t film & record it with the energy of a live audience due to covid but that makes a live document even more important. Many people have missed out on their first concert this year so we wanted to bring it to them.